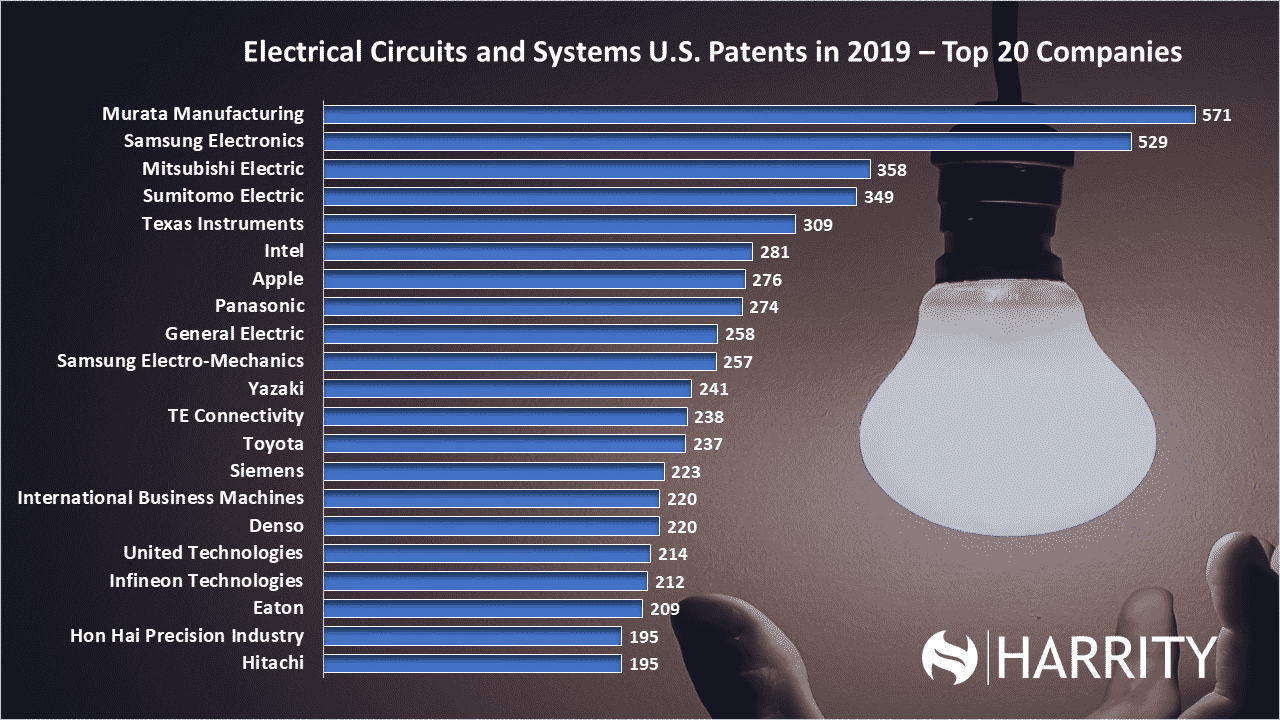 Included are electrical systems and devices, covering a broad spectrum of electrical and electromagnetic systems, devices, and circuitry, as well as electrical connectors.

The top 20 companies in the Electrical Circuits and Systems area, shown in Chart 2, include Murata Manufacturing (#1), Samsung Electronics (#2), Mitsubishi Electric (#3), Sumitomo Electric (#4), and others.  Murata again tops the list having obtained 571 US patents, up 25% from 2018.  Samsung had 529 US patents, up 16% from last year.  Mitsubishi Electric, at 358, was up 6% from 2018.  The top 20 companies represent a cross-section of the technology sector.  Included are device makers, chip makers, and auto makers, and various manufacturing companies.

For more detailed information about this technology area, or any other data related to the 2020 Patent 300®, please visit harrityllp.com/patent300/.