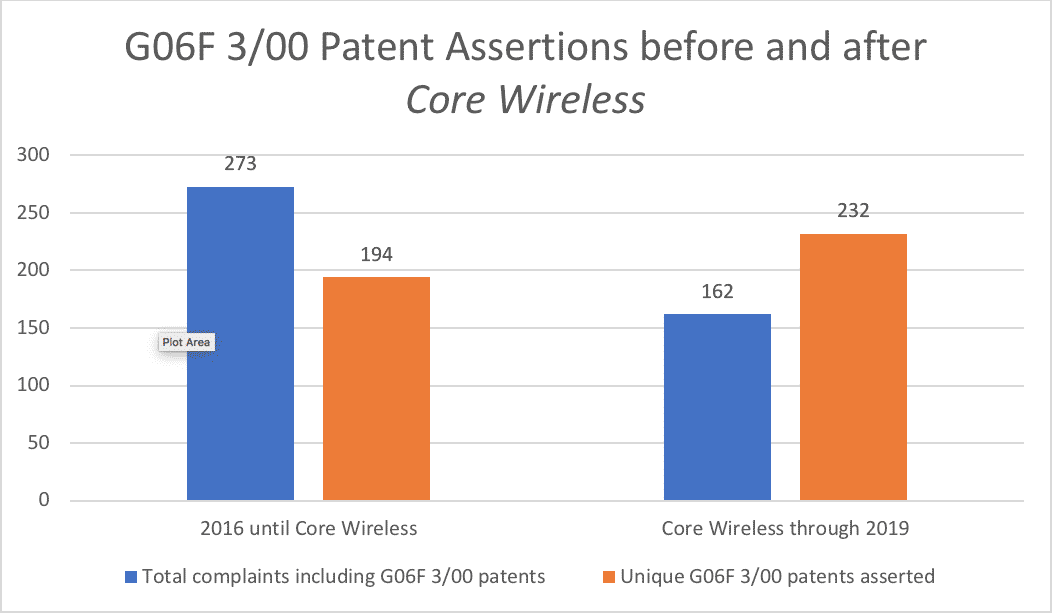 To many patent practitioners, the Federal Circuit’s decision in Core Wireless Licensing S.A.R.L. v. LG Electronics, Inc. was a watershed moment. In particular, this decision provided that claims directed to “display interfaces” that “improved” on existing interfaces were patent eligible under 35 U.S.C. § 101. In other words, Core Wireless decreased the chances of a court finding a graphical user interface (GUI) patent to be directed to ineligible subject matter and therefore invalid.

We don’t have to look far to see the impact that the nearly-three-year-old Core Wireless decision has had. Almost 100 district court decisions have cited the case since it came down in January of 2019, and nearly 30 inter partes review (IPR) proceedings filed after January of 2019 include citations of Core Wireless by practitioners, the Board, or both…