On October 1, 2018, the Federal Circuit issued an opinion regarding the removal of a priority claim in an application, of a chain of applications, and its detrimental effect on the priority claims of pending and subsequently filed applications in the chain.  In Natural Alternatives International v. Andrei Iancu, No. 2017-1962 (Fed. Cir. Oct. 1, 2018), the court affirmed the Patent Trial and Appeal Board’s (“PTAB”) final determination in an inter partes reexamination affirming an examiner’s rejection of the challenged claims of U.S. Patent No. 8,067,381 (“the ’381 patent”) as anticipated by or obvious over cited prior art, including a parent of the ’381 patent, because the ’381 patent could not claim priority to the parent. 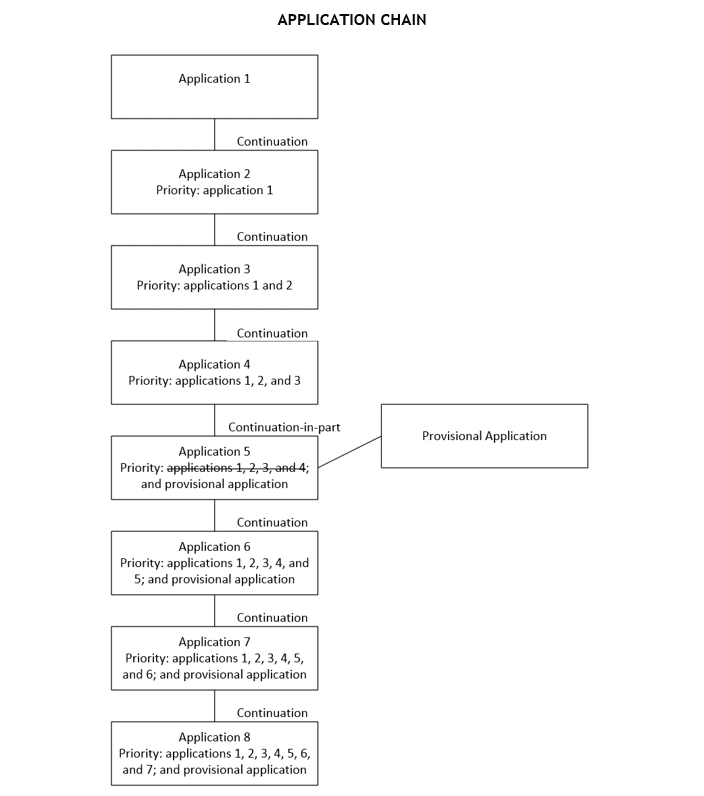 Regarding NAI’s first argument, the court explained that a patent application is “not entitled to an earlier priority date merely because the patentee claims priority,” but rather “the patentee must demonstrate that the claims meet the requirements of 35 U.S.C. § 120.” citing In re NTP, Inc., 654 F.3d 1268, 1276 (Fed. Cir. 2011) (emphasis in opinion).  The court also noted that its decision in In re Janssen Biotech, 880 F.3d 1315 (Fed. Cir. 2018) was instructive.  In that case, where an applicant attempted to delete a priority claim of an application during reexamination, the court explained that amending the priority claim of an earlier-filed parent application may affect the priority of its child applications.  Accordingly, the court here found that the PTAB “did not err in determining that the ’381 patent was not entitled to claim the benefit of the filing date of the first application under § 120, as the priority claim in the ’381 patent was defective from the start.”

Regarding NAI’s second argument, NAI averred that under Manual of Patent Examining Procedure (MPEP) § 201.11, altering a claim of priority “applies only to the instant application—not other, … applications.”  The court noted, however, that the MPEP “does not have the force of law.” citing Molins PLC v. Textron, Inc., 48 F.3d 1172, 1180 n.10 (Fed. Cir. 1995).  Regardless, the court rejected NAI’s second argument because the text of MPEP § 201.11 does not limit “the scope of waiver to only the instant application.” (emphasis in opinion).  Regarding NAI’s third argument, the court cited the Supreme Court’s decision in Godfrey v. Eames, 68 U.S. 317, 326 (1863), which held that “parent and continuing applications ‘are to be considered as parts of the same transaction, and both as constituting one continuous application” to support the court’s finding that priority is “a single chain, growing with each additional continuation.”

Regarding NAI’s fourth argument, the court noted a natural trade-off exists between priority and patent term.  The court explained that an “uncommon but permissible way for patent applicants to avoid losing term [for a patent application] . . . is to disclaim the benefit of earlier filing dates” which in turn makes the patent application’s “children become vulnerable to rejections based on a larger pool of prior art—including former parent applications in some cases.”  The court therefore rejected NAI’s attempt to gain patent term for the fifth application while maintaining the priority claims of its children.  Accordingly, the court affirmed the PTAB’s final decision invalidating the challenged claims of the ’381 patent.