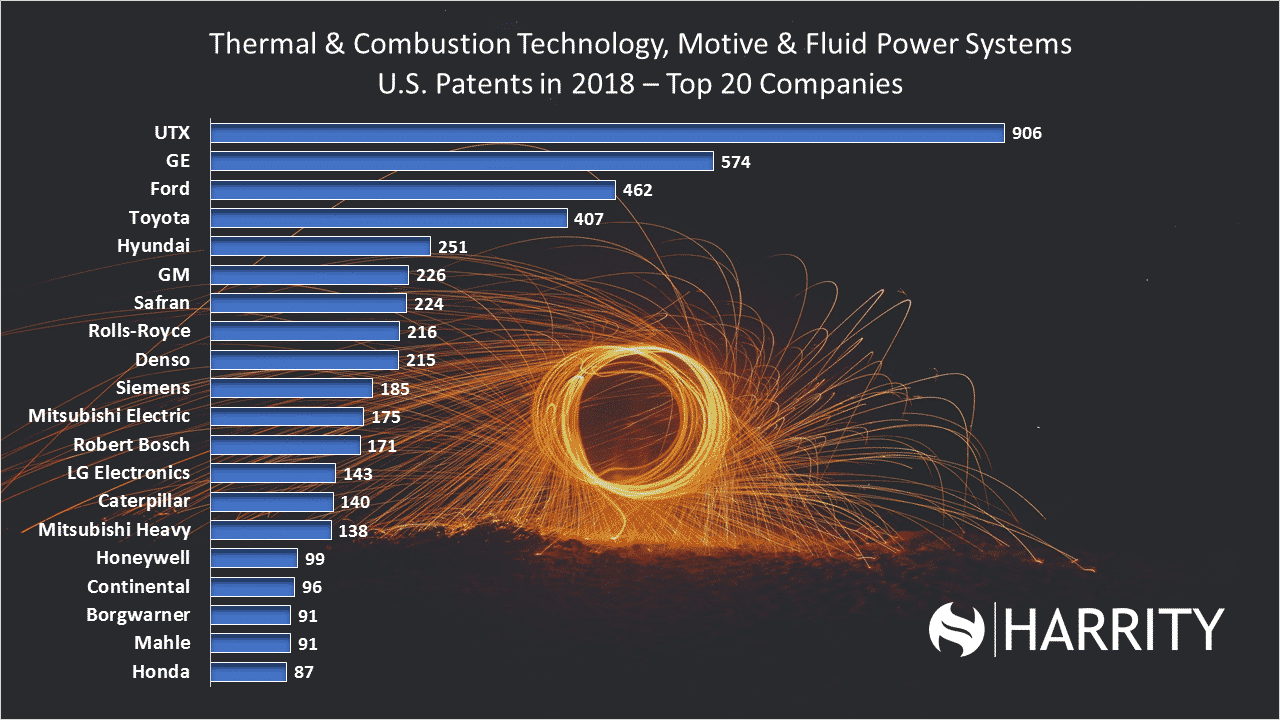 The top 20 companies in the Thermal & Combustion Technology, Motive & Fluid Power Systems area are shown in Chart 2. They include UTX (#1), GE (#2), Ford (#3), Toyota (#4), and others.  United Technologies Corporation tops the list having obtained 906 U.S. patents, up 46% from 2017.  General Electric had a 6% increase over 2017 at 574 U.S. patents.  Ford, at 462, was down 4% from 2017.  The top 20 companies represent a cross-section of the manufacturing, transportation, and technology sectors. Included are automakers and supporting companies, tech companies, and other manufacturers.