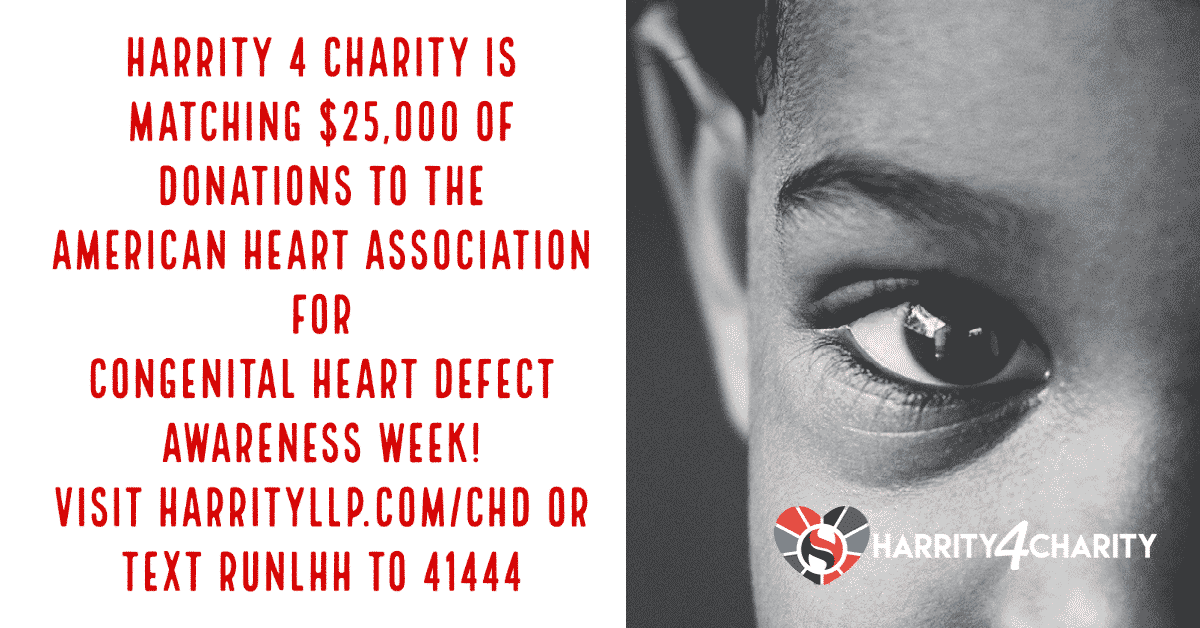 Harrity 4 Charity will be matching up to $25,000 of donations made to the American Heart Association during CHD Awareness Week (February 7-14th).

A congenital heart defect (CHD) is a structural problem with the heart that is present at birth. It is the most common type of birth defect in infants, affecting 40,000 children every year. About 25% of infants born with CHD will require invasive procedures or surgery in their first year of life. We have chosen this week to launch our matching campaign in order to raise awareness and promote support for the life-saving treatments provided by the American Heart Association to affected children. One of those children is Barrett Pick, son of Harrity’s Docketing Manager, Michael Pick.

Barrett was born on October 18, 2018 with both Down Syndrome and a congenital heart defect known as a complete Atrioventricular Canal Defect. Essentially, this is a large hole in the center of the heart where the tissue fails to grow together to properly form the walls and valves between the heart’s four chambers. This causes the oxygen-rich blood coming into the heart from the lungs to mix with the oxygen-depleted blood coming into the heart from the rest of the body. This inefficiency was causing Barrett’s heart and lungs to work harder to supply the oxygen his body needed, and he was immediately placed in neonatal intensive care where he languished day after day. Although the doctors preferred to wait until he was at least four months old before attempting to repair his heart surgically, it was determined that he needed the repair as soon as possible and his case was put before the hospital’s surgical board and was ultimately approved. He underwent his surgery at 7 weeks old, and after some minor post-operation setbacks, his condition began to rapidly improve. Thanks to the amazing care he received from the cardiology team at Seattle Children’s Hospital, we were finally able to bring him home on New Year’s Eve. Barrett is now a healthy and active toddler who can steal your heart with a wave and a smile. 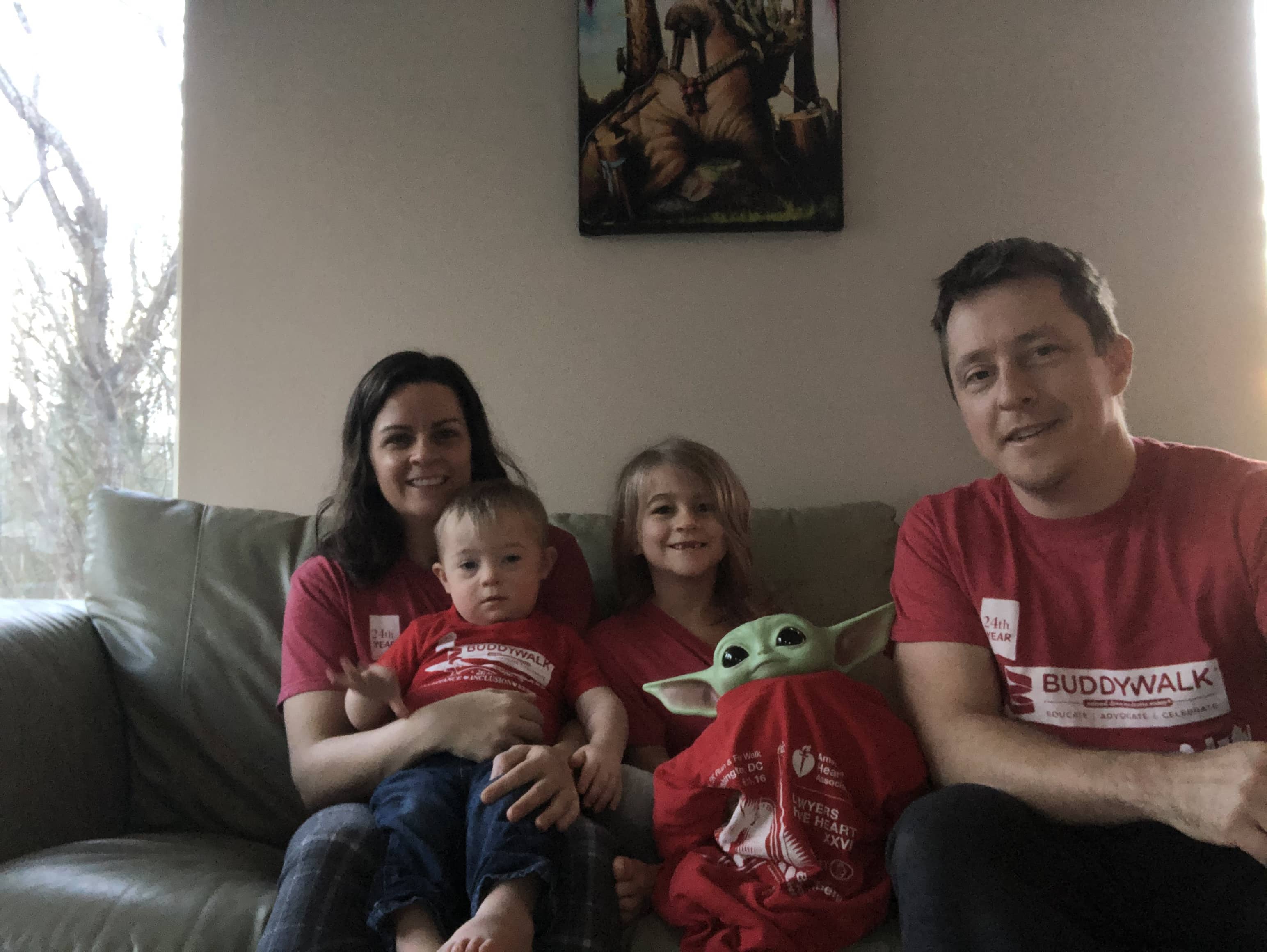 About half of all infants born with Down Syndrome have some form of congenital heart defect. Thanks to the medical advances made possible by ongoing research funded by the American Heart Association and similar charities, children like Barrett are given the opportunity to thrive and lead active and healthy lives.

Harrity 4 Charity will be matching up to $25,000 of donations made during CHD Awareness Week starting Sunday, February 7th.  We would like to encourage individuals and teams to both register for the Lawyers Have Heart race and make a donation during registration to raise money and awareness for CHD.  All donations made during this week will count towards the $25K match to help children like Barrett every day.

Click here to register for the race for free and make a donation in honor of CHD Awareness Week.

To learn more about giving back through Harrity 4 Charity, click here.