The USPTO sets a set of requirements for patent filers to claim small entity status or micro entity status. In short, a small entity may qualify based on organization type (e.g., an entity that is a non-profit organization or that has fewer than 500 employees) and assignee status (e.g., an entity that has not assigned, licensed, or conveyed an interest in the invention to a non-small entity). For micro entities, the USPTO qualifications include each inventor not having been named inventor on more than 4 prior patent applications or have a gross income greater than 3 times the US median household income.

The USPTO provides a good faith error safe harbor, but remedies are not provided for fraudulent or other non-good faith errors. A common way that entity status may change is as a result of a change in size of the patentee. In such a case, the Federal Circuit has held that when small entity status has been established in error and small entity fees have been paid in error, a patent holder can correct a good faith mistake (DH Technology, Inc. v. Synergystex International). Notably, the Federal Circuit indicated that the patent does not lapse as a result of an erroneous payment of fess and become unenforceable.

Nevertheless, out of an abundance of caution, patent prosecutors and applicants can take some of the following steps to ensure an accurate assertion of entity status. 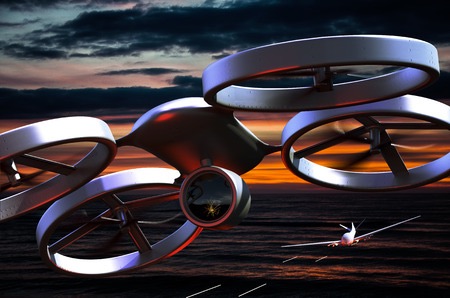 Although many think of unmanned aerial vehicles (UAVs) or “drones” as a modern development, UAVs have an extensive history dating back to the original development of lighter-than-air flight.  Initial attempts were limited by the technology of the age – an attempt by the Austrian empire to launch balloon bombs against the Venetian state failed when a shift in wind resulted in the balloon bombs returning toward the Austrian troops.  Early engineering efforts to support unmanned aerial flight included the development of radio-based remote control by Serbian-American Nikola Tesla, an “Aerial Target” developed in 1916-17 by Englishman Archibald Low, and an “AutomaticAirplane” developed in 1916-18 by Americans Elmer Sperry and Peter Cooper Hewitt.  Early attempts often ended in failure – Low’s Aerial Target crashed during all three test flights before being abandoned; Sperry and Hewitt’s Automatic Airplane successfully completed a single successful test flight of 1000 feet, but all completed test airframes were destroyed in subsequent crashes resulting in abandonment.