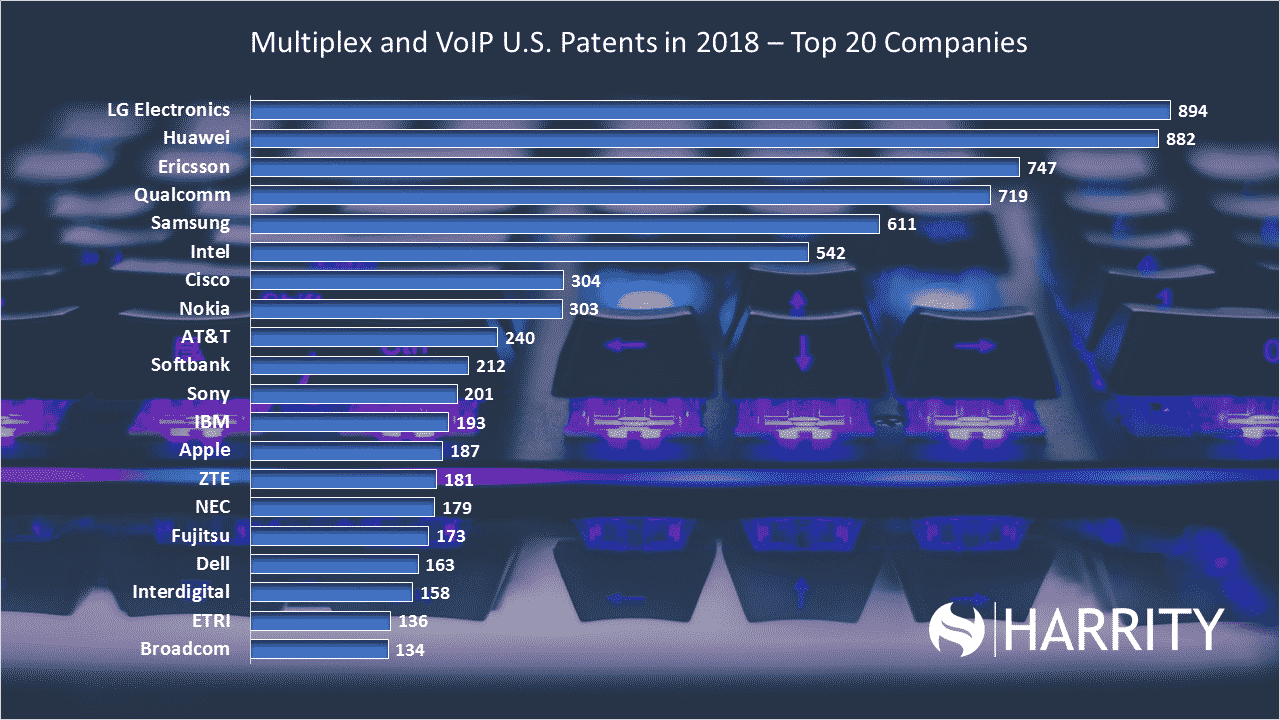 Chart 1 shows the Multiplex and VoIP technology area ranked 3rd largest in 2018, where 9,875 patents were issued for Patent 300 companies in the U.S.  Multiplex and VoIP technology covers United States Patent & Trademark Office (USPTO) technology classifications related to simultaneous transmission of two or more information signals in either or both directions over the same transmission medium.  Transmission in this manner allows discrete recovery of information signals.

The top 20 companies in the Multiplex and VoIP area, shown in Chart 2, are large global technology companies.  They include LG Electronics (#1), Huawei (#2), Ericsson (#3), Qualcomm (#4), and others.  Despite a 19% decrease from 2017, LG Electronics tops the list having obtained 894 U.S. patents. Huawei had a 17% increase over 2017 at 882 U.S. patents.  Ericsson, at 747, was down 5% from 2017. The top 20 companies represent a cross-section of the technology sector.  Included are device makers, chip makers, and telecommunications companies.

Chart 2 – Top 20 Companies by U.S. Patents in Multiplex and VoIP

The Patent 300®, developed by Harrity Patent Analytics, is the intellectual property industry’s premier resource for patent insights and competitive intelligence on the world’s leading technology organizations.  The Patent 300® is an annual compilation of the top 300 companies, organizations, and universities in the patent field, based on the quantity of issued U.S. patents each year.