How many office actions should I expect? Should I file an RCE or a Notice of Appeal? Is it worth filing a Pre-Appeal? These, among others, are common questions that practitioners may ask themselves during patent prosecution. In the past, they were mostly unanswerable questions. Now, using data analytics, we can get a better sense of how the patent prosecution process will go and be able to make an informed decision when a crossroad is reached.  Below, we will explore how to use statistics about a patent Examiner, which are based on public data provided by the USPTO, during patent prosecution.  I have provided example screenshots from Patentprufer, which was developed by Harrity & Harrity. 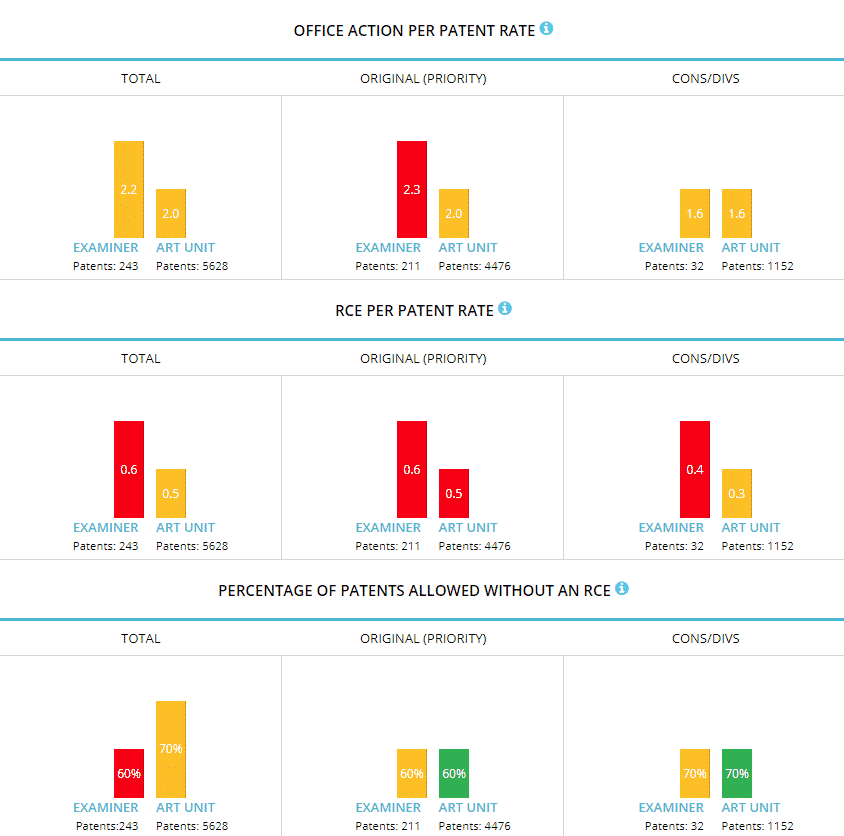 A high office action (OA) per patent and/or RCE per patent rate may be an indication that reaching allowability will be challenging.  These types of Examiners likely are unafraid to combine three, four, or even five references to make prior art rejections.    To get a patent application allowed in a more efficient manner than an examiner’s statistics suggest, a more proactive posture may be needed from the beginning. 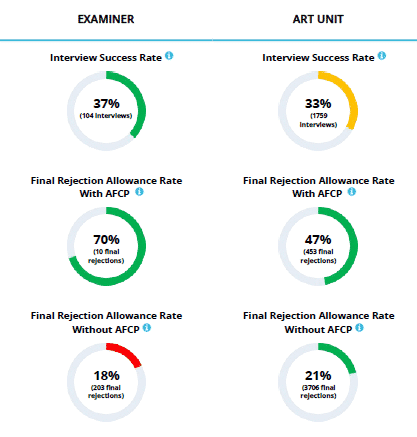 Generally speaking, it is beneficial to interview an Examiner as it gives a practitioner an opportunity to get a better sense of the Examiner’s interpretations of the application and the applied references, and an opportunity to explain the invention.  A high interview success rate (i.e. interviews that lead to an allowance in the next office action) may be an indicator that the Examiner uses interviews as opportunities for compact prosecution.  Some of these Examiners may even provide suggestions for amendments that would lead to allowance.  If the interview success rate is low for the Examiner, consider sending a substantive interview agenda with proposed amendments to maximize the chance of reaching an agreement with the Examiner.

Pre-Appeal statistics can be useful when deciding whether to file an Appeal Brief or a Pre-Appeal Brief.  A high rate of allowance and/or re-opening of prosecution when pre-appeals are filed may indicate that it is worth presenting arguments in a Pre-Appeal Brief.  However, a low rate of allowance and a low rate of re-opening of prosecution may indicate that it would be better to forego the pre-appeal process and go straight to appeal. 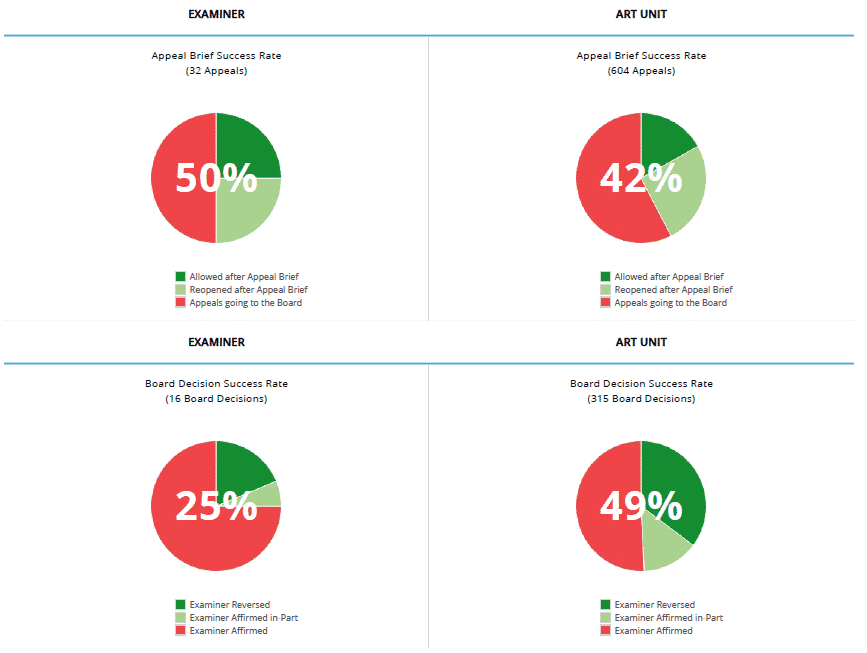 Analyzing a patent Examiner’s appeal statistics may be useful in determining whether to file an appeal or an RCE.  If the Examiner’s rate of allowance and/or re-opening of prosecution after appeal is high, it may be worth appealing rather than filing an RCE and avoid narrowing claims unnecessarily.

Just like how data analytics has improved efficiency in other industries, using examiner analytics can improve the efficiency of patent practitioners and the patent prosecution process.