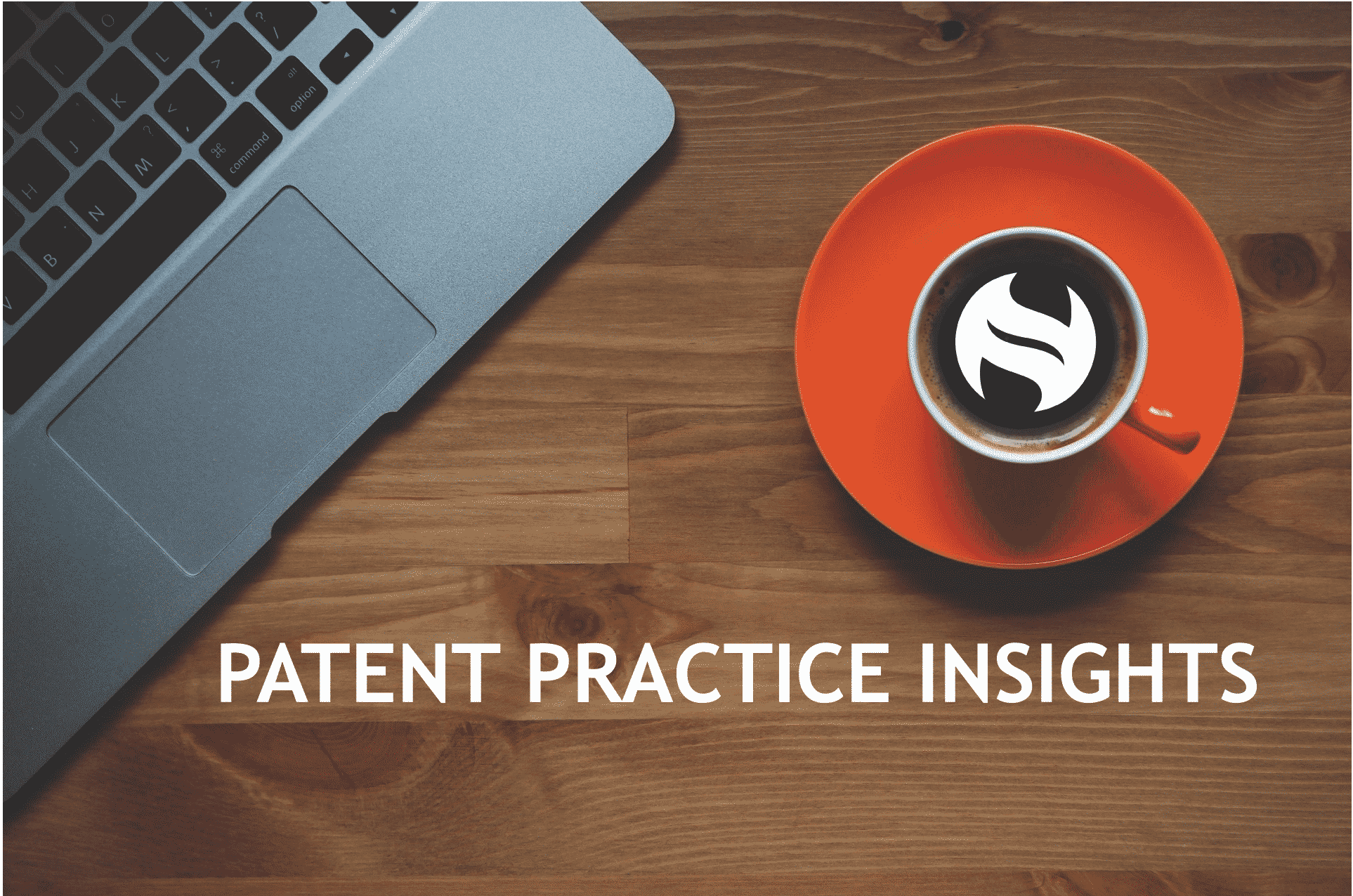 The PTO’s Revised Patent Subject Matter Eligibility Guidance (2019 PEG) has been generally well received for providing a more reliable manner of applying the Alice/Mayo test used by the courts.  Even so, the 2019 PEG still left some matters unclear and the PTO has now responded to public feedback by providing further clarification in the October 2019 Update.  Below, we discuss the updates and how practitioners can use the updated guidance in practice.

Step 2A Prong One

In Step 2A Prong One, the 2019 PEG instructs examiners to evaluate whether a claim recites an abstract idea by a) identifying specific limitations in the claims believed to be an abstract idea, and b) determining whether the identified limitations fall within any of the three specific groupings of abstract ideas (mathematical concepts, certain methods of organizing human activity, and mental processes).

The October 2019 Update also provides clarification on what the three groupings of abstract ideas entail.

The 2019 PEG also allows for the possibility that a claim limitation that does not fall into one of the three groupings of abstract idea may be still determined to be an abstract idea upon TC Director approval.  The October 2019 update indicates that the public will be notified once such an office action issues.  At this time, the PTO has not provided any such notification.

In Step 2A Prong Two, the 2019 PEG instructs examiners to evaluate whether the claim as a whole integrates the abstract idea into a practical application and gives several considerations in making this determination, such as: improving the functioning of a computer or a technical field, effecting a treatment for a medical condition, using the judicial exception with a particular machine, or transforming or reducing a particular article to a different state or thing.

The October 2019 Update reemphasized that this analysis considers the claim as a whole, and that the additional elements of the claim (i.e., those not identified as an abstract idea) are not to be evaluated separately from the limitations reciting the abstract idea.  Moreover, the PTO clarified that merely claiming a specific way of achieving a result is not a stand-alone consideration in Step 2A Prong Two and is not enough by itself to integrate the abstract idea into a practical application.  However, the specificity of the claims is relevant to the considerations related to using a particular machine, a particular transformation, and whether the limitations are mere instructions to apply an exception.

The October 2019 Update devotes lengthy discussion to how a claim improves the functioning of a computer or a technical field and provides a two-step procedure for how examiners are to perform this analysis.

In Step 2B, examiners are to evaluate whether the claims provide an inventive concept by reciting significantly more than the abstract idea.  The October 2019 Update itself provides almost no discussion or clarification of Step 2B other than to reemphasize that well-understood, routine, conventional activity will only be considered under Step 2B and not Step 2A.  However, the PTO provided Example 43 along with the October 2019 Update that shows how a claim can fail Step 2A but still be determined eligible under Step 2B.  Such an example was notably absent from the examples provided with the 2019 PEG.

Example 43 is a hypothetical based on the well-known Diamond v. Diehr case.  Example 43 is directed to a controller for an injection molding apparatus that repeatedly obtains temperature measurements of a mold, calculates an extent of curing completion based on the temperatures and an equation, and determines a percentage of curing completion.  Claim 3 specifies that the controller is connected to a means for temperature measuring (which is specifically interpreted to be an ARCXY thermocouple).  Under Step 2A Prong One, the claim is determined to recite a mathematical concept.  Under Step 2A Prong Two, the step of obtaining the temperature measurements is deemed to be insignificant extra-solution activity of data gathering and does not integrate the abstract idea into a practical application.  Notably, the fact that claim 3 uses an ARCXY thermocouple to obtain the temperature measurements is not considered in Step 2A Prong Two (not even to establish use of a particular machine).  Thus, claim 3 is determined to be directed to the abstract idea.

The October 2019 Update reinforces the idea that the best practice when drafting a patent application is to describe the invention as providing a technical solution to a technical problem.  In this way, should a Step 2A Prong One argument fail, practitioners can rely on a Step 2A Prong Two argument that the claims improve the functioning of a computer or other technology.  This argument seems to be the argument preferred by examiners and often cited by the courts as a basis for patent eligibility when there is a 101 issue.

Specifically, practitioners should keep in mind that examiners will heavily rely on the specification to determine if such a technical solution or technical improvement is provided.  The improvement should not be merely recited in a conclusory manner (e.g., an unsupported assertion that the invention provides a specific improvement), but should be explained in sufficient detail to tie specific features of the invention to the improvement.  Importantly, the claims should be drafted in such way to include the features that provide the improvement.  Examiners have often requested, or even required, that the claims explicitly recite the improvement to overcome a 101 rejection even though these claim features are often considered intended use or given little patentable weight.  The October 2019 update makes it clear this is not necessary.

The PTO also appears to narrow at least some of the three groupings of abstract ideas in Step 2A Prong One.  Practitioners should use this to their advantage when drafting applications to characterize features that may be arguably abstract in a way that avoids falling into the three groupings of abstract ideas.  For example, when appropriate, the application could describe the complexity of steps that may be arguably mental processes (e.g., determining steps, processing steps, analyzing steps, etc.) to establish that these steps cannot be practically performed in the human mind.  However, practitioners should be careful not to try to game the system by describing a simple step, which truly could be performed in the mind, as a complex step that cannot be performed in the mind because such a characterization could have unintended consequences for potential infringement and claim interpretation.  Moreover, if a feature truly could be performed in the mind, then there is most likely a better way to establish eligibility under Step 2A Prong Two or Step 2B.

The 2019 PEG stripped Step 2B of most of its previous considerations and moved them to Step 2A Prong Two.  While the 2019 PEG indicated that Step 2B was still a viable option to establish eligibility, there was little instruction on how practitioners could actually present a successful argument and no examples of succeeding under Step 2B were given.  Given this, examiners have been reluctant to seriously consider Step 2B arguments.  Although arguments under Step 2B are likely to remain an improbable way to overcome a 101 rejection in view of the of the October 2019 Update, practitioners should keep in mind that new Example 43 provides a manner of establishing an inventive concept and a rationale that can be used as a backup position under Step 2B going forward.  Therefore, practitioners should draft their specifications to highlight how their inventions differ from what is well-understood, routine, conventional in the field, even if it is a feature that is more tangentially related to the core invention that could be considered extra solution activity.

Overall, the October 2019 Update should help the PTO continue to provide more reliable subject matter eligibility analysis and clarify what kinds of arguments will successfully overcome a 101 rejection.