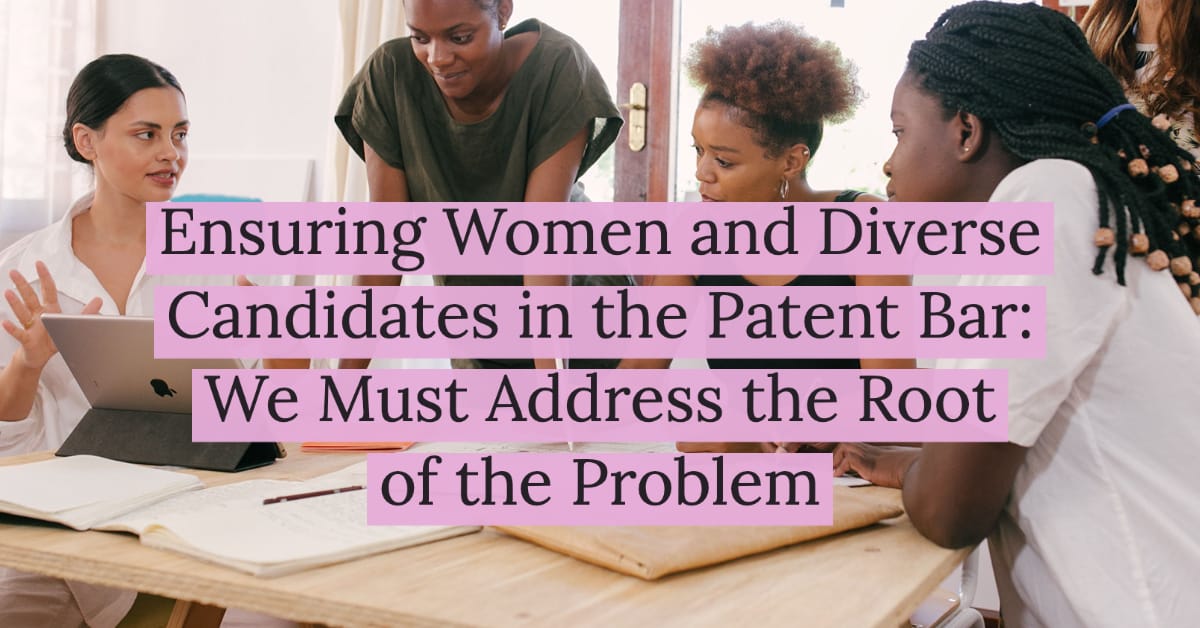 “The expectation of firms to create programs that bring more diverse candidates into the field, rather than merely manipulating data to check boxes or achieve unrealistic quotas, will help address the issue from the ground up.”

As we celebrate Women’s History Month, it is important to point out the role of women in the field of patent law. Women have been members of the patent bar since as early as 1898, when Florence King became the first woman registered to practice before the U.S. Patent Office, as well as the 685th registrant. She became a lawyer first, and then went back to school to obtain a degree in Mechanical and Electrical Engineering so that she could register on the patent bar. As a woman patent practitioner with a mechanical engineering degree, I feel a lot of gratitude to women like Florence King, who paved the way for me. Yet, despite her trailblazing efforts over a century ago, there is still a considerable lack of gender diversity in the patent bar…