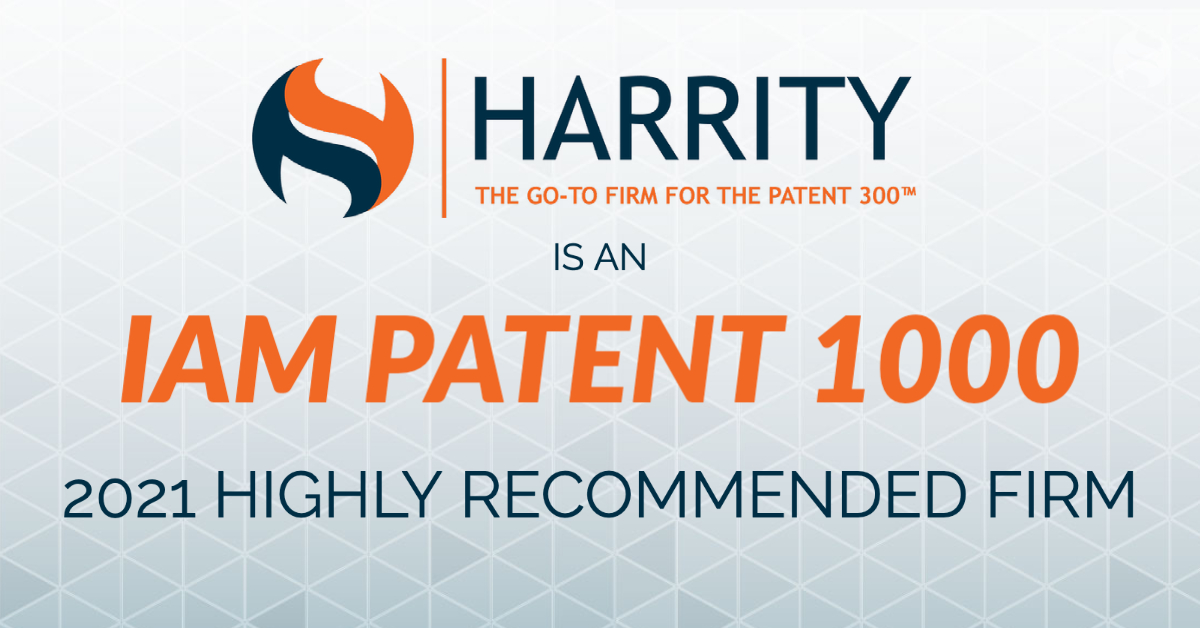 Harrity & Harrity has been recognized in the IAM Patent 1000 as a Highly Recommended Firm for the third year in a row in the DC metro area. Since 2015, Harrity has made the coveted IAM Patent 1000 list as a Recommended Firm or higher. The rankings are based off extensive research in the region of 1,800 interviews with numerous attorneys at law, patent attorneys and in-house counsel to gather market intelligence on the leading players in the field, according to IAM.

The publication said the following of Harrity’s ranking:

“Efficient, timely and cost effective”, Harrity & Harrity is the preferred choice of many when it comes to patent prosecution. A “role model”, it has “implemented some clever procedures and modes of operation, enabling it to consistently deliver work of the very highest standard of quality”. Central to this are the thorough second-attorney review system and uniform writing style championed by founding partners John Harrity and Paul Harrity, who are also responsible for the boutique’s innovation drive, by which large numbers of statistics are tracked so that performance can be precisely measured and improvements implemented. These improvements are often underpinned by technology such as the massive proprietary database that the firm uses to drive intelligent prosecution and its interactive Patent 300 dashboard, which gives clients access to rare insights harvested by the patent analytics group. The software experts here had a busy 2020, developing several new products, such as a patent drafting tool designed to help their attorney colleagues – including the Harrity brothers and Paul Gurzo – focus on patent quality as opposed to more administrative tasks.

Do you know your law firm’s analytics for 2022?

I want to know more about how I can get 2022 law firm analytics intelligence.