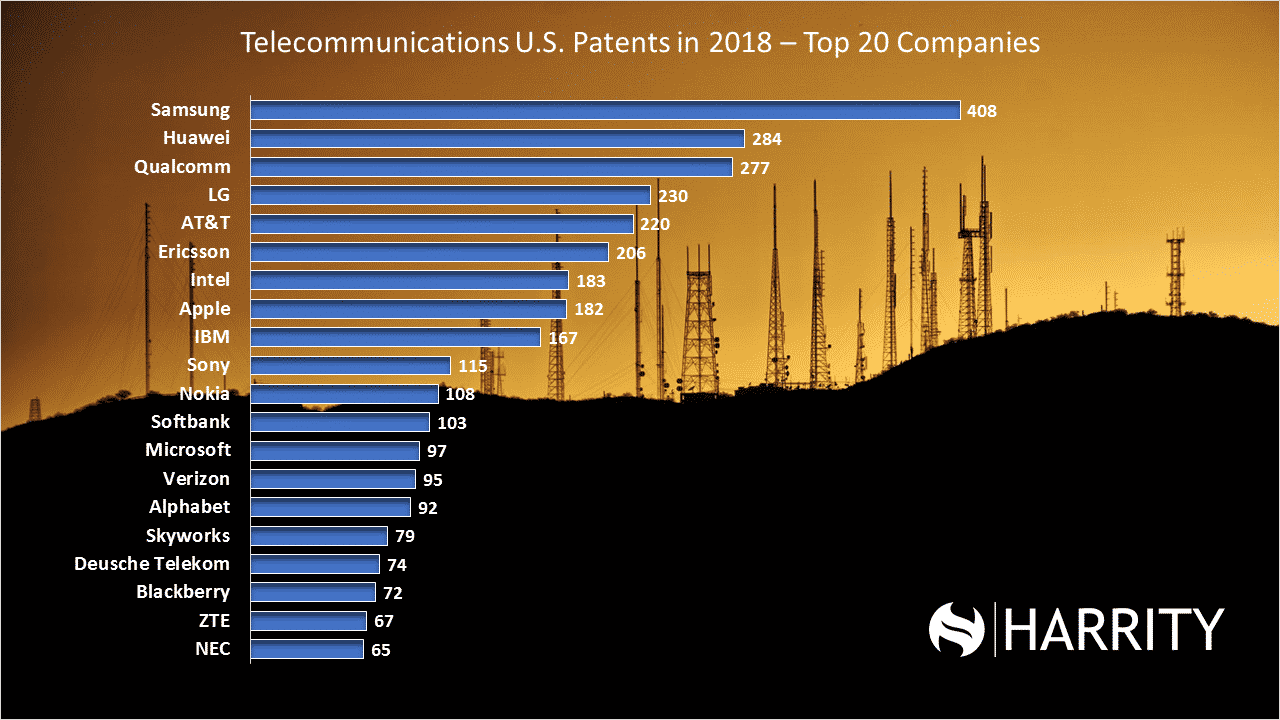 The top 20 companies in the Telecommunications area, shown in Chart 2, are large global technology companies.  They include Samsung (#1), Huawei (#2), Qualcomm (#3), LG (#4) and others.  Samsung tops the list having obtained 408 US patents, down slightly from 2017.  Huawei had a 23% increase over 2017 at 284 US patents. Qualcomm, at 277, was down 38% from 2017.  The top 20 companies represent a cross section of the technology sector.  Included are device manufacturers, wireless carriers, and media companies.