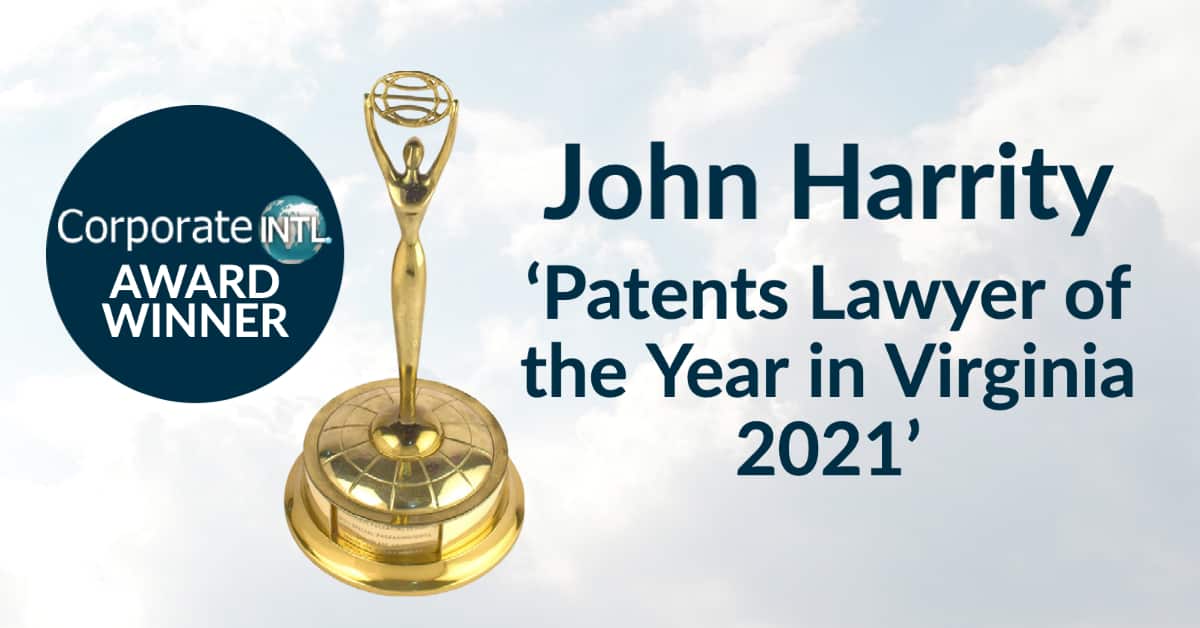 John Harrity has been named ‘Patents Lawyer of the Year in Virginia’ in the 2021 Corporate INTL Magazine Global Awards.

Corporate INTL’s annual awards mark excellence in expertise and service for the world’s leading advisers and financiers in an array of countries and continents around the globe.  According to the magazine, 2021 is the largest awards since its inception in 2008, with more nominations received than ever before.

The awards commemorate those who have been successful over the past 12 months and who have shown excellence not only in expertise but in service.

Do you know your law firm’s analytics for 2022?

I want to know more about how I can get 2022 law firm analytics intelligence.