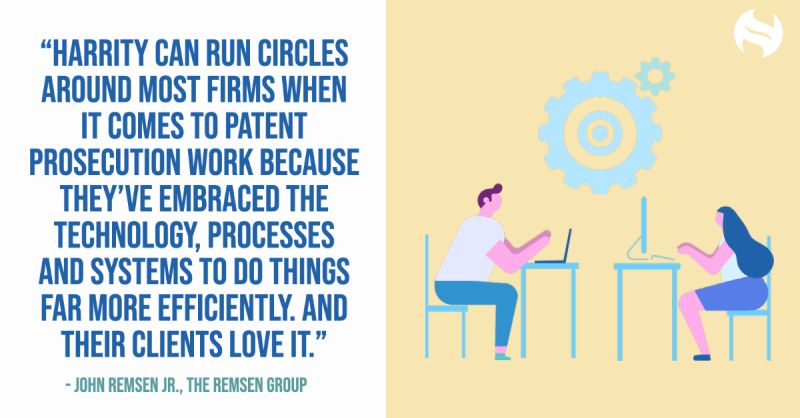 Harrity is focused on providing high-quality work to our clients in a timely & efficient manner, a lot of which comes down to our people.

Legal Management, the magazine of Association of Legal Administrators (ALA), recently featured interviews with Neil Kardos, John Remsen, Jr., and other law experts on the implementation of technology in the legal practice as a way to improve efficiency, deliver better service, and increase profitability – and the associated obstacles with making technology part of your strategic planning.

“Having an adaptable workforce is usually the bigger challenge over finding the right tools,” Kardos says.

Check out all of their advice in the full article by Mark Brewer at http://ow.ly/ZyLT50Gu3N9.

On June 15, 2017, John Harrity, Managing Partner and Diversity Partner of Harrity & Harrity, spoke on a diversity panel hosted by the Association of Legal Administrators. Mauricio Velasquez, of Diversity Training Group, began the program with a presentation on the importance of diversity and inclusion in the legal field, and lack thereof.

John Harrity’s presentation focused on internal diversity initiatives and the results that the firm has seen since their launch in 2015.  Despite having a diverse support staff, it is difficult to recruit women and minority patent attorneys.  To change this, Harrity & Harrity has taken the following steps to recruit women and minorities. The first step was initiating the Rooney Rule 2.0. The Rooney Rule 2.0 means that we are committed to interviewing a female or minority candidate for every male, non-minority candidate we interview for any position at our firm.  The firm began hiring for reduced hours and remote work positions.  The firm also started a 1L Diversity Fellowship in 2016 and launched the first Diversity Summer Workshop in 2017.

John Harrity says of the seminar, “This was a great opportunity to not only talk about our diversity initiatives, but to share ideas and learn new skills from other firms, as well.  I strongly believe that cultivating a highly diverse firm is one of the keys to success, and I look forward to working towards this goal.”