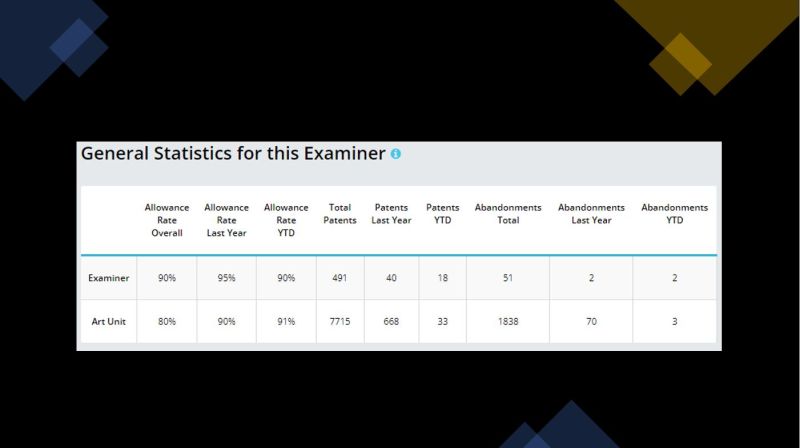 A Look at Examiner Analytics

If you had a patent application with a particular Examiner and these were the only statistics that you had regarding the Examiner, what could you tell about this Examiner? 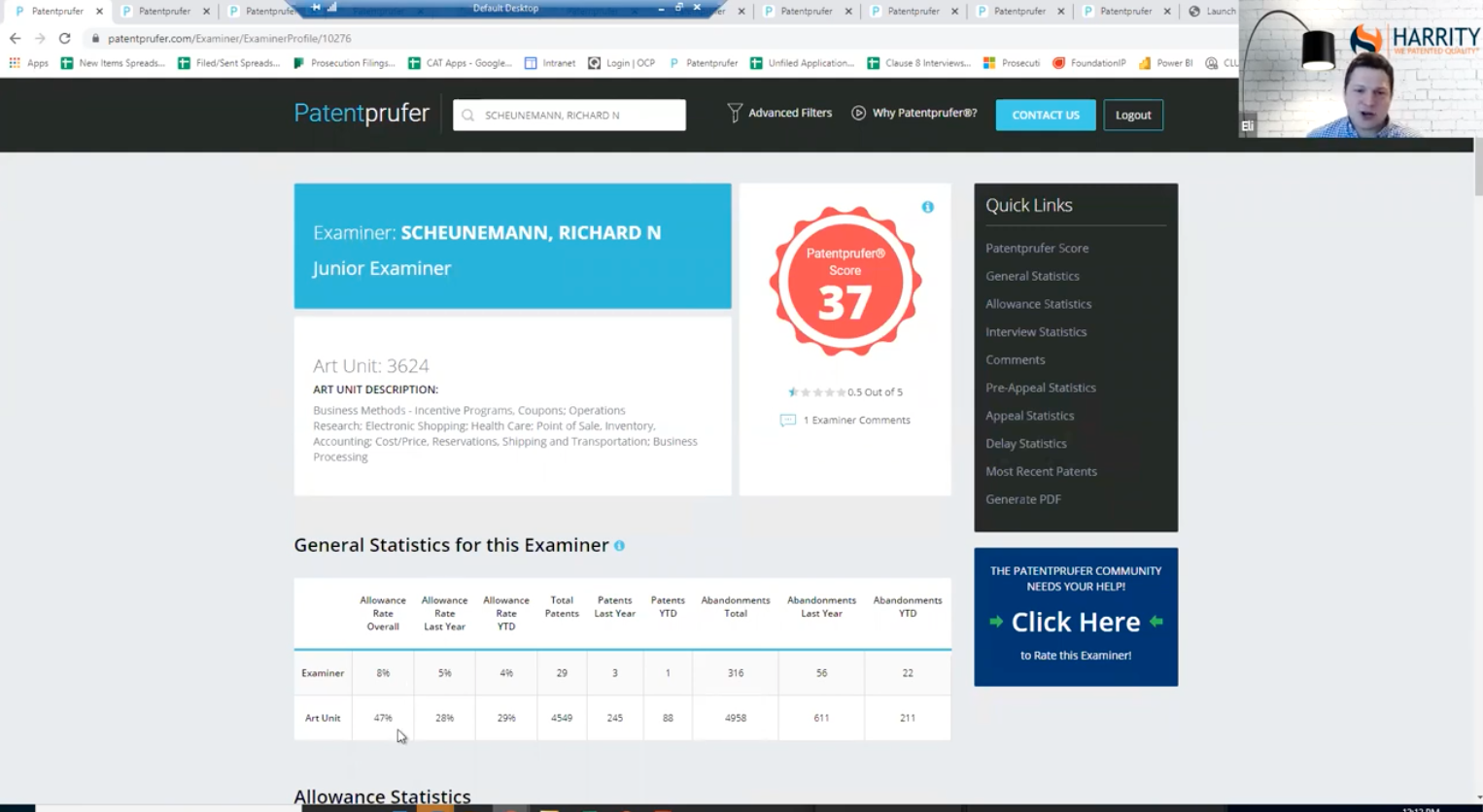 Eli Mazour leads Harrity’s patent prosecution team, developing and implementing best practices for managing workflow and creating innovative, data-driven patent prosecution strategies which allow him to reach favorable results at the USPTO. Eli has been using Patentprufer, the world’s first community-based examiner analytics tool, since its inception to help him reach agreements with USPTO patent examiners for our clients most important applications.

In “Perfecting Your Prosecution Strategy with Patentprufer”, Eli demonstrates some of the most valuable features of this tool and shows how to efficiently use Patentprufer to your prosecution advantage.

You can watch the full webinar below.

Register for Patentprufer, the world’s first community-based USPTO examiner decision-making tool, for free through the end of the year. Visit patentprufer.com to get started! 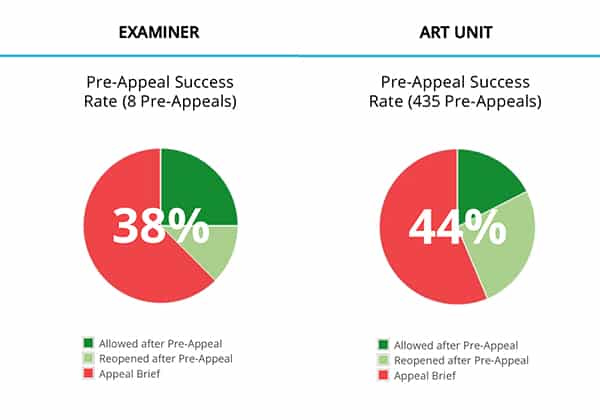 Law360 (June 13, 2019) — How many office actions should I expect at the U.S. Patent and Trademark Office? Should I file a request for continued examination or a notice of appeal? Is it worth filing a pre-appeal?

These, among others, are common questions that practitioners may ask themselves during patent prosecution. In the past, these were mostly questions that could not be answered by taking into account unique proclivities of different examiners. Now, using data analytics, we can get a better sense of how prosecution will go and be able to make an informed decision when a crossroad is reached.

Below, we will explore how to use public data about an examiner, provided by the USPTO, during patent prosecution.

By looking at an examiner’s allowance rate (i.e., allowance vs. abandonments), we can get a sense of the journey early on. A high allowance rate is an indicator that the examiner likely has no qualms about allowing applications, and that the examiner likely will not stubbornly stick to poor rejections. For these types of examiners, if appropriate, it may be worth taking a more assertive initial position, including arguing that the rejections should be withdrawn, or offering modest amendments. 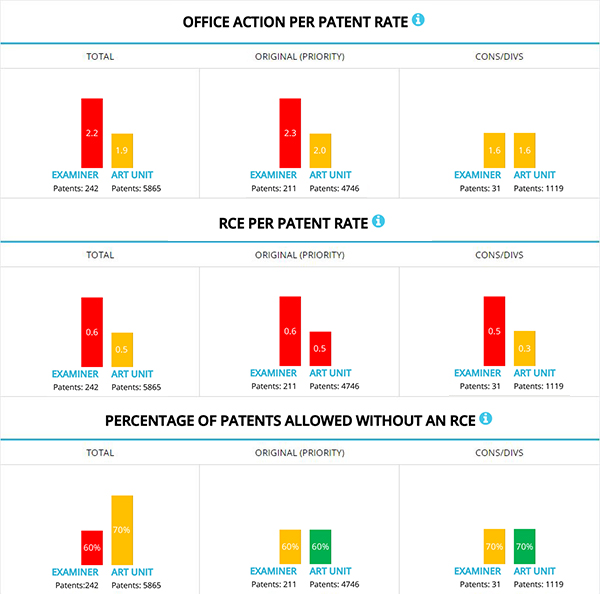 A high office action per patent and/or RCE per patent rate may be an indication that reaching allowability will be challenging. These types of examiners also are likely unafraid to combine three, four or five-plus references to make their art rejections. Similar to examiners with low allowance rates, you may want to consider including substantial amendments, getting the supervisory examiner or a primary examiner involved, or planning to file an appeal. You may even want to check the supervisory examiner’s and primary examiner’s allowance rates when deciding whether to get one of them involved. 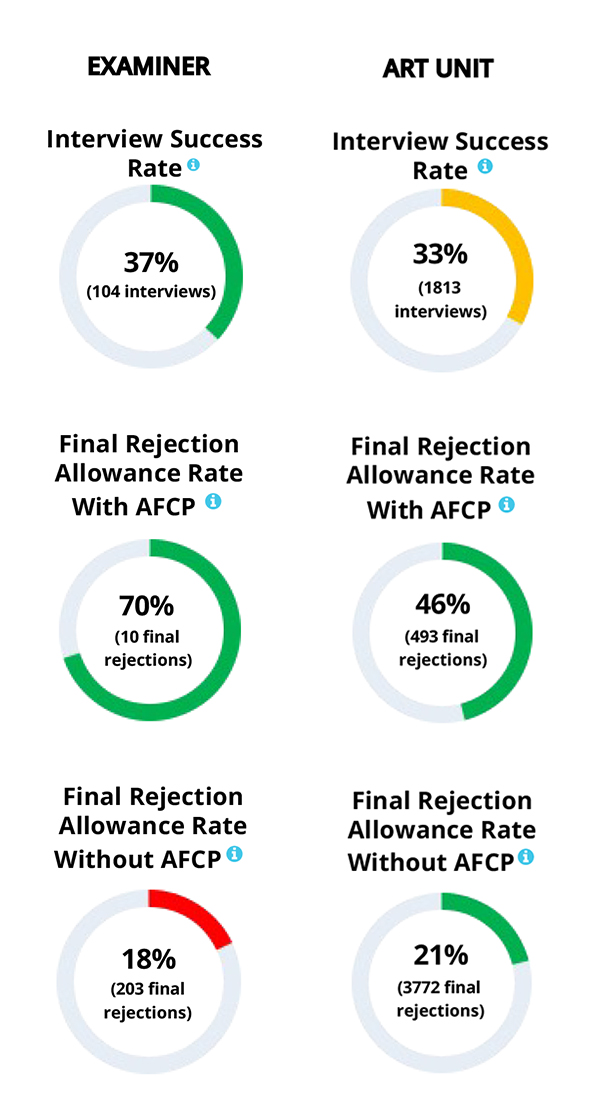 Generally speaking, it is beneficial to interview an examiner as it gives a practitioner an opportunity to get a better sense of the examiner’s interpretations of the application and the applied references, and a chance to explain the invention.

A high interview success rate (i.e. the rate that interviews lead to an allowance in the next office action) may be an indicator that the examiner uses interviews for compact prosecution. These examiners are likely willing to provide suggestions for amendments that would lead to allowance or at least advance prosecution. For these types of examiners, you may want to be prepared to discuss multiple, different types of amendments to take advantage of their willingness to expedite prosecution. However, if the interview success rate is low for the examiner, consider sending a substantive interview agenda with proposed amendments to maximize the chance of reaching an agreement with the examiner.

A comparison of an examiner’s final rejection allowance rate with After Final Consideration Pilot and his/her final rejection allowance rate without AFCP may be an indicator of whether the examiner takes the AFCP program seriously. If there is a significant difference with those rates, the examiner likely uses the allocated two to three hours in the AFCP program to find a way to allow the application. For these types of examiners, consider filing an after-final amendment with an AFCP request before deciding whether to file an RCE or a notice of appeal. However, if the rates are similar, the examiner likely uses pre-pilot procedures regardless of whether an AFCP is filed. 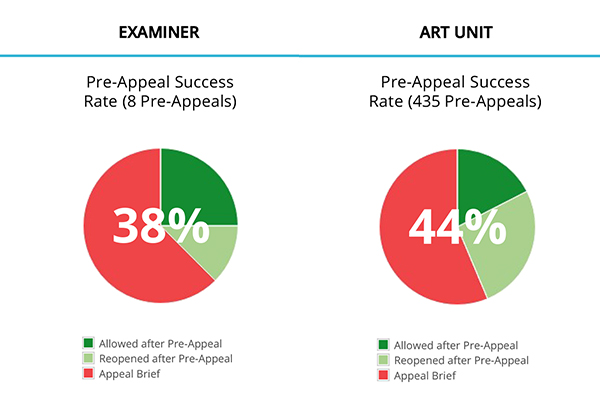 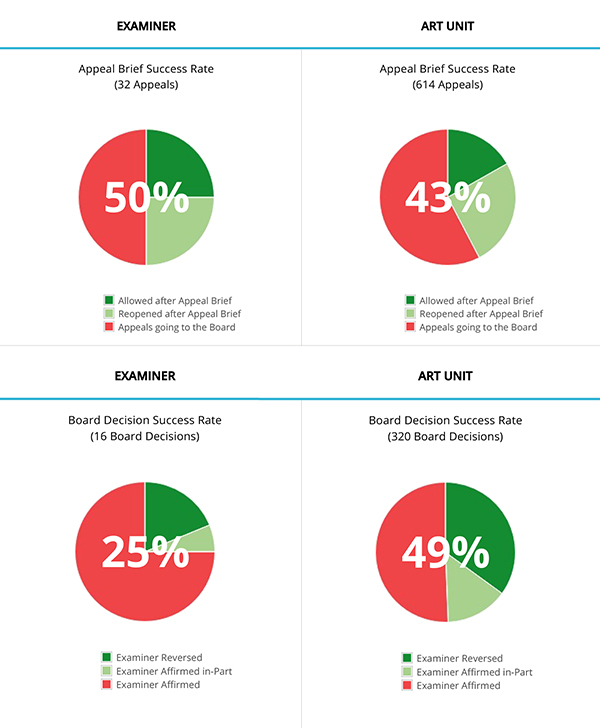 Analyzing an examiner’s appeal statistics may be useful in determining whether to file an appeal or an RCE. If the examiner’s rate of allowance after an appeal is filed is high, it may be worth appealing rather than filing an RCE and avoid narrowing claims unnecessarily. However, if the examiner’s rate of allowance after appeal is low, it is highly likely that your appeal will go to the Patent Trial and Appeal Board.

Since it may take a couple of years for the PTAB to pick up your appeal due to their backlog, you may want to make certain that your client is comfortable with going through with the appeals process and waiting rather than filing an RCE and possibly reaching an agreement with the examiner earlier. For these types of examiners, you may want to consider the examiner’s allowance rate and RCEs per patent rate to help you and your client in making this decision.

Just like how data analytics has improved efficiency in other industries, examiner analytics has the potential to improve the efficiency of patent practitioners and patent prosecution. Therefore, using examiner data in your practice may lead to better, quicker and cheaper outcomes for you clients.

The example screenshots in this article are from Patentprufer, which was developed by Harrity & Harrity.